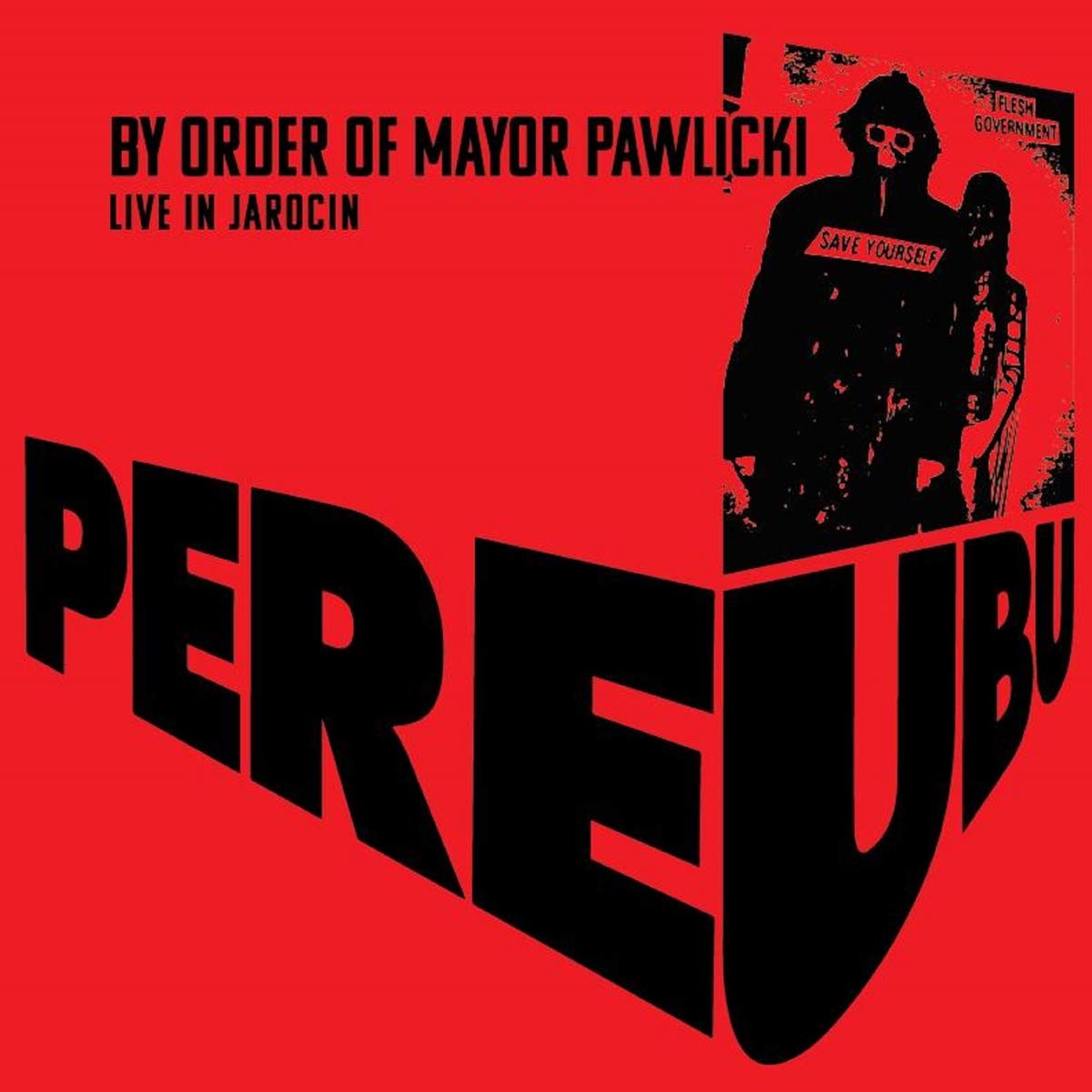 ''On Friday, July 14th 2017, Pere Ubu musicians and crew undertook the journey to Jarocin, Poland, from their homes around the world.....'' And so begins the story of ''By Order Of Mayor Pawlicki''. Broken mics, broken drums, broken itineraries and some espionage made this a stand-out gig for all involved, but from the moment they took to the stage the band's performance blew all of those impediments, and more, aside. Performing material from the first seven years of the band's career, Pere Ubu, led by the ever-engaging David Thomas, rejuvenate and reinvigorate their classic catalogue from this influential era. Interspersed with Thomas' anecdotes, observations and inspired utterances, here we present eighteen cornerstone pieces of the Pere Ubu jigsaw, performed with dedicated brutality. Exclusive to the CD format, this set includes a bonus disc of selected encores, intriguingly titled ''We Don't Do Encores,'' including covers of MC5's ''Kick Out The Jams'' and even a touch of Nirvana's ''Teen Spirit''. ''By Order Of Mayor Pawlicki'' stands as a must-have document of a band whose prime is everlasting, and whose musical explorations are inspired and essential. Presented in artwork produced by Johnny Dromette, designer of those seminal early album sleeves.

''There have been lots of live Pere Ubu albums over the past four decades, and most of them have, let's face it, been terrible often based on cassette recordings made by audience members. This one is an anomaly: high-quality board tapes of a recent concert in Jarocin, Poland, and of a set that prominently featured songs from Ubu's early albums: ''hits'' like ''Heart of Darkness,'' ''Codex,'' ''Caligari's Mirror,'' and ''Real World.'' And the second disc finds them playing gasp several covers, including ''Kick Out the Jams'' and ''Sonic Reducer'' (the latter of which, believe it or not, was actually written by Ubu frontman David Thomas, and which slyly segues directly into ''Final Solution,'' an early Ubu favorite that pays lyrical homage to ''Sonic Reducer''). Thomas sounds, as he always has, like a somewhat strangulated penguin, and the band rocks like nobody's business. And this being Ubu, of course things get deeply strange at the very end. This album is a must-have for any library that collects deeply in rock and pop music.

"Penn, Unbuttoned" is Penn's only intentionally satirical newsletter, giving you your weekly dose of comedy from Under the Button. Free.

The week's top stories from the DP and beyond, meticulously curated for parents and alumni, and delivered into your inbox every Sunday morning. $

Subscribe to get the week's top stories from The DP and beyond, meticulously curated for parents and alumni, delivered directly to your inbox.

The Daily Pennsylvanian is a student-run nonprofit.

Please support us by disabling your ad blocker on our site.

Twenty years after 9/11, Penn and DP alumni recount reporting on and coping with the tragedy

Prior to the attacks, many Penn students said it was just a normal morning. But the attacks threw the day into uncertainty — some students proceeded to class as usual before the University suspended operations, and reporters and editors from The Daily Pennsylvanian rushed to the office to cover the unfolding tragedy.

In her speech, Gutmann emphasized the need to recognize all those who lost their lives that day, including 16 Penn alumni.

Gutmann is set to depart her role after President Joe Biden nominated her to serve as the U.S. ambassador to Germany in July.

‘We will always remember:’ Gutmann honors lasting impact of 9/11 at memorial event
Penn’s Chinatown bus service returns to campus with shuttles every other Saturday
After a tournament sweep, Penn volleyball struggles at DePaul Invitational
Sixth time's the charm: Prince Emili poised for his biggest season yet
Sponsored
SUBSCRIBE

Study abroad returns with limited options this semester
09/09/21 1:05am

S1E2. We Promise This is Not a Music Podcast.

Twenty years ago today, four former Daily Pennsylvanian editors reported on one of the biggest stories of their lives. Now, they return to share their experiences with current reporters, students, and the Penn community.